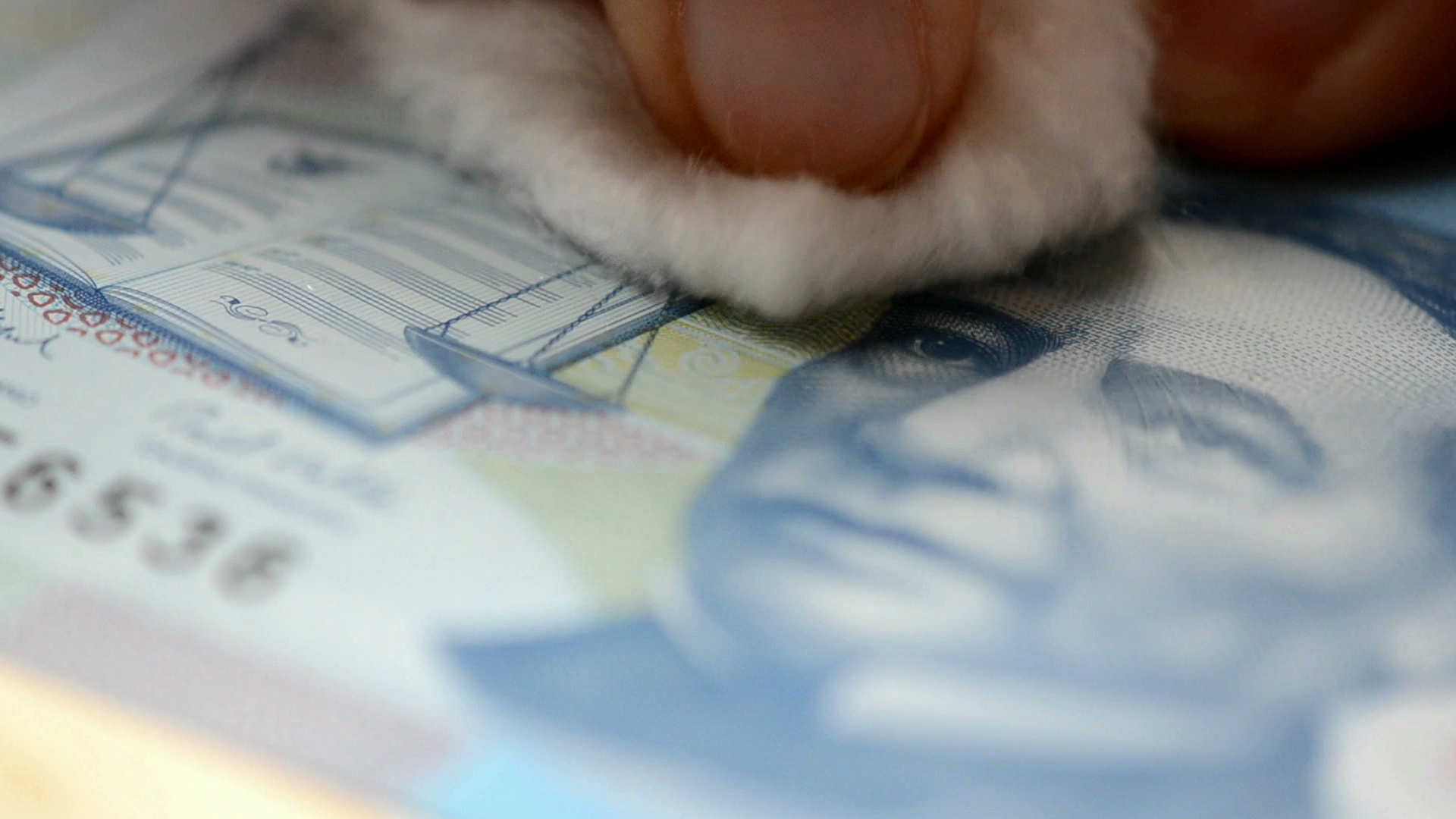 Money Laundering is a group exhibition consisting of sound, sculpture, video and photographic artworks by artists from different regions of the world. The exhibition aims to generate an analytic reflection to power, business and the role of system-wide corruption that is overtaking many situations, places, and nations.

This curatorial research-based exhibition seeks to highlight artists working with several parallels of intervention and artistic inquiry. The artists are contextually dealing–through diverse points of entry–with the aesthetic and political implications of corruption as an everyday ‘normal.’ The exhibition takes its title from the various phenomena of double-dealing, fraud, extortion, washing or alteration of the established and legal conventions of capital. For example those that are pervasively and transactionally devaluing money, mineral extraction, public goods, or those which are accelerating the devastation of natural resources.

In this context, new generations have learned that their existence is depending on new levels of corruption and its impact on the global economy. This perception seems to constantly fluctuate between ignorance and tacitly acknowledgment of its influence. Even our most rational thinking increasingly reinforces and defends the rise of “back channels” in the systems of globalization. In contrast, these have also accelerated through legal and illegal arrangements in consumer driven markets, and these have also impacted the various multicultural processes, which today are enabling cooperation between countries. This allows for a seamless global dynamic and fluid economic dependence to continuously ‘emerge’ –and at same time–to ignore labor, safety, and income redistribution issues in our democracies. Moreover, and under this globalist motto, different corners of the world have been forced to generate an extraterritorial mobility of people, goods, currencies and services that are impossible to account for. So in this sense, where does corruption start and legal frameworks end?

Yet, in recent years, we have also witnessed that some of these exchanges have diversified the fiscal platforms of underground economies, like those that are speculating on the market in order to finance, for example, political campaigns. And as such, these exchanges are actively concealing the profits produced through the extended bridges that connect international consortia [and whose companies are] protected by the same regulations that the political classes, the world over, have created in order to prevent and suppress money laundering.

From all this we can infer, and without doubt, that this seems to be an undesirable effect of globalization, which has nevertheless had an impact on the way we see and analyze our democracies.

We know that countries in Europe and Latin America are suffering somewhat due to the active role that politicians have in exporting and importing the processes, proceeds, and social corollaries of “money laundering” especially as it moves beyond their borders and challenges their political discourses. Undoubtedly, these illegal and legal activities become part of everyday life, intermingling and blurring boundaries, making distrust into the great dogma of our time and which now defines central aspects of this global moment.

To this end, this exhibition project tries to study some of the condemnation surrounding global corruption issues, especially the modes of being that are increasingly linked to money laundering as a process and as a phenomenon which is capitalizing on our cultural, political and economic understanding of liberal democracy.

Understanding how these modes are laundered in order to achieve globalization, offers us possible routes for how artistic insights can intersect and create spaces in which to interrogate, contest, hack or mutate corruption – maybe on their own global terms and as new institutions? This would appear to be one alternative we have in order to give our reproach a grounding and perhaps use it as a seedling for collective action.

Money Laundering speaks through materials, notes, reports and various technical aspects, as the invited artists reflect on the very different parallel readings of forms of ‘laundering’ that are intersecting with our global contemporaneity and subjectivity.

About the artist and the works:

The installation is an assemblage consisting of an oil barrel, an aluminum ramp, a wheelbarrow, pieces of wood, aluminum and the sound of an oil barrel being dragged over the asphalt. A sound recording that claims our attention from the bottom of the barrel, evoking the fragility of the bases that sustain financial markets. The installation draws on the imbalances caused by our dependency on so-called “black gold” and discuss critically and metaphorically the significance of the sudden fall of oil price in May 2016 (the lowest price level in last 11 years).

It is almost impossible to make a forecast of the oil market, since the oil prices not only depend on the extent of production and consumption within the oil market, but also on the sociopolitical conditions of the oil exporting countries. Using this premise as a point of departure, Alenso’s work explores how geopolitics, economists and brokers in the stock market exist on mere speculations, which unlike the artistic speculation, have a scaled, hypermetabolic and direct impact on the lives of multitudes, in many countries.

This project addresses the relationship between image and economics and is conceived through a research that examines money as a tool and its relationship with value, when capital becomes flexible. With this project I sought to view work as an artistic action and money as its support mechanism, with the intention of showing the fragile structures of value amidst a society in permanent crisis, such as Mexico.

Andrés Vial presents two video in which he inquires the relationship between mood and landscape, and how these are specifically linked to the use of lithium by pharmacists for bipolarity treatment and other psychiatric disorders. In the first screen (left side) we see how a guided meditation tries to take the viewer to a state of maximum tranquility, meanwhile in the another one the screen shows a linear animation in which we can read news related to some illegal bussiness about the lithium extraction in the North of Chile but also attracting an unthinking local corruption.

Colonies of bats have been fed with doses of the chemical element Europium. This makes the skin of the bats phosphorescent in UV-light. Europium glows under UV-light and is commonly used in the production of flat screens – and to safeguard the printing of Euro notes against counterfeiting. Europium is named after the continent of Europe. The bats were found, fed and photographed in Copenhagen parks.

Into this project the artist has thought of the ambivalence between these objects and what we could see them. Do these shadows reflect hands or birds? Everything is being guided by pink quartz, which undoubtedly represents a precious asset and certainly evokes nature. Here the hands want to take the pink quartz that represents that wealth and nature. In this sense in Brazil we have some everyday expressions that use the word hand to refer to money laundering and corruption, such as: “light hand”. Also this expression is used to define people who steal with ease. One of the most resounding metaphors of this work is that the precious stone is always trying to be conquered so we can see an eternal circle of interdependence. Finally the balance between these objects depends on the weight of the two parts.

Touborg is working the idea of a punchbag – as a kind of post-analogue wave in painting. The piece plays with ideas of devaluation of “painting” as an traditional and tangible object of cultural value. The process of making the painting is based on photoshop created content – an algorithmic composed image – transferred back via the artist’s hand. The work balance between ideas of copyright, reproduction and various clashes of  incomprehensible value systems.